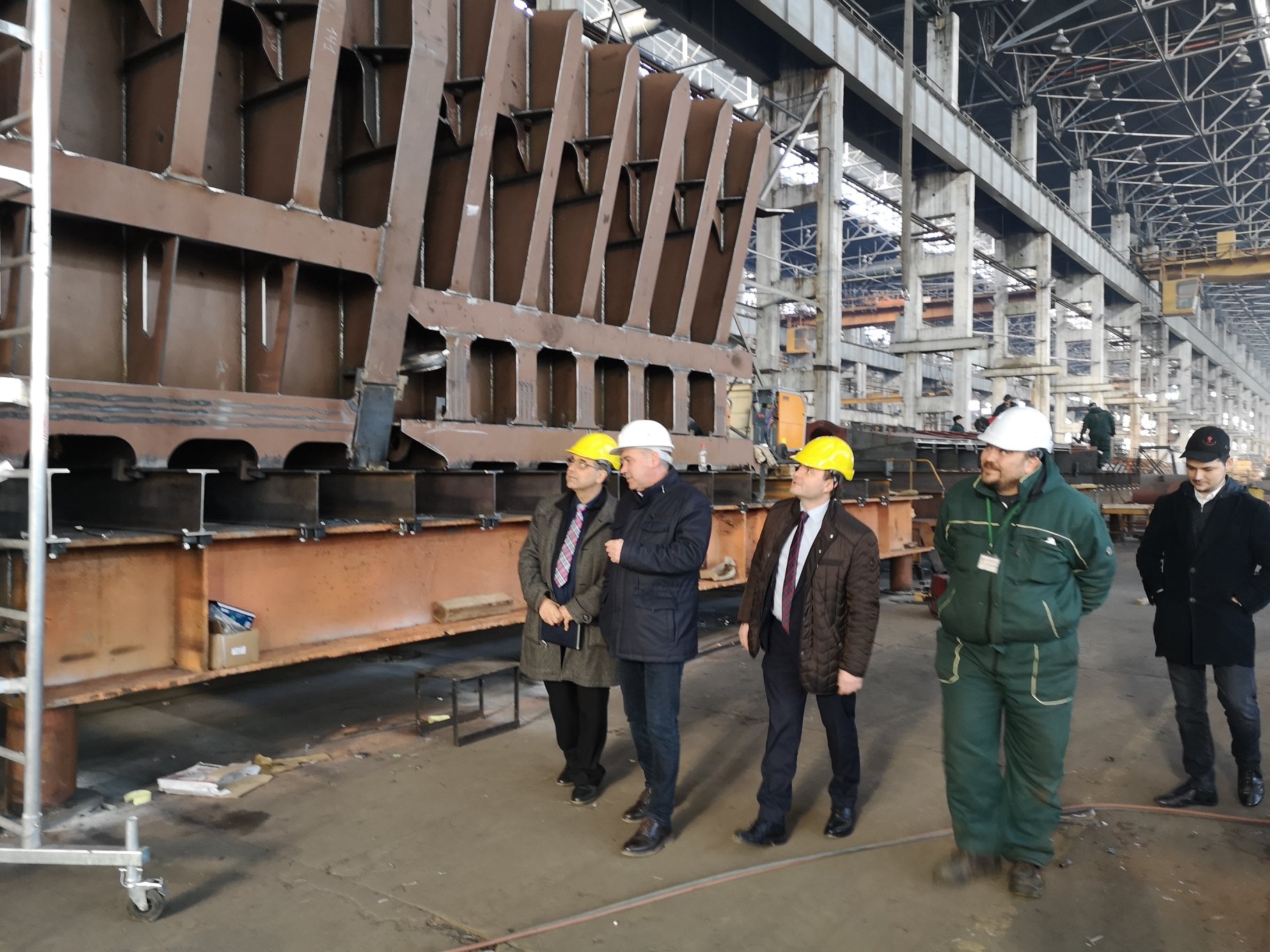 On 24th of January Petar Petrov – CEO and Viktor Petrov – Commercial Director were visited from the Mayor and Deputy Mayor of city of Rousse. The aim of the visit was familiarization with the technological capacity of the company for metal constructions and heating stoves.

The CEO shared the challenges that business sector faces and how they deal with them. He also shared his positive attitude in view of the fact that local government representatives are coming after the elections, which shows a different attitude towards the development of the city.

Our guests were intrigued and set a goal to support the work of the company by achieving a better work conditions in the city and to work on issues related with the infrastructure and traffic of going and returning from Danube Industrial Zone TEGRA – a home of TM.

The representatives of the Municipality have repeatedly confirmed that TM Technology has enviable technological capabilities for the country and it is known in the region of Rousse for the favorable conditions and opportunities it provides for competent employees and design engineering staff.

This website uses cookies to improve your experience while you navigate through the website. Out of these cookies, the cookies that are categorized as necessary are stored on your browser as they are essential for the working of basic functionalities of the website. We also use third-party cookies that help us analyze and understand how you use this website. These cookies will be stored in your browser only with your consent. You also have the option to opt-out of these cookies. But opting out of some of these cookies may have an effect on your browsing experience.
Necessary Always Enabled
Necessary cookies are absolutely essential for the website to function properly. This category only includes cookies that ensures basic functionalities and security features of the website. These cookies do not store any personal information.
Non-necessary
Any cookies that may not be particularly necessary for the website to function and is used specifically to collect user personal data via analytics, ads, other embedded contents are termed as non-necessary cookies. It is mandatory to procure user consent prior to running these cookies on your website.
SAVE & ACCEPT